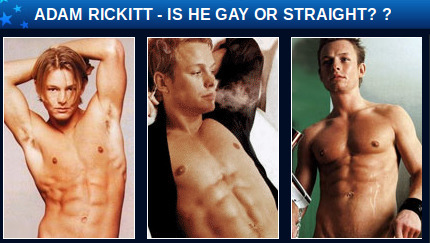 Adam Rickitt has always been a male model, but later on in his life he developed a love for acting. He started out with a soap opera ‘Coronation Street’ and progressed into a few other roles. Later on, he joined a boy band and had a top song on the charts. Rickitt has a big gay following, but has always claimed that he was straight..